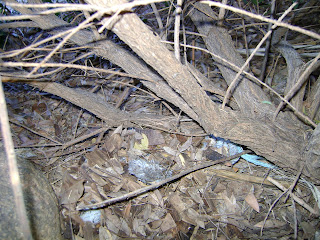 When Bella joined us, she brought a stuffed, blue bug. She used to carry it around to use as a pillow. At night, we could hear its little squeak as she nodded off. Blue Bug has been missing for a few weeks. This morning Alpha noticed Bella burying something. She grabbed the camera and went to investigate. There was Blue Bug buried in the bark chips. 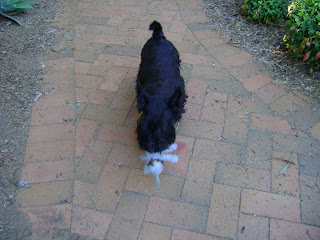 She rescued it and gave it back to Bella who shook it severely--one of those I'll-wring-your-neck shakes. 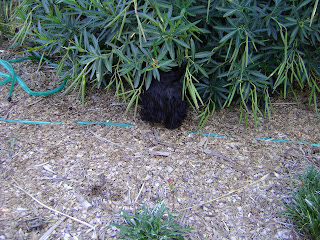 Then she put it way under a bush. 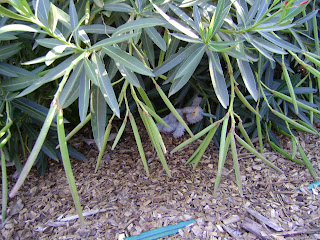 Here's Blue Bug. Banished for some reason known only to Bella. Under a bush. Maybe Bella thinks it's too babyish.
Who knows?