First day of SPRING!
(We don't pay attention to the scientific date--we go by month.)

After a rainy, NO-WALK day yesterday,  we were ready for FREEDOM! 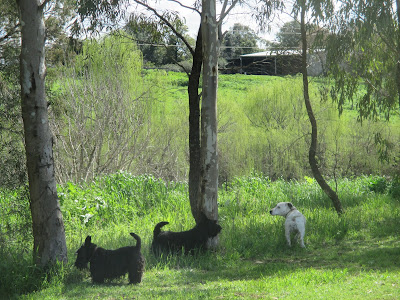 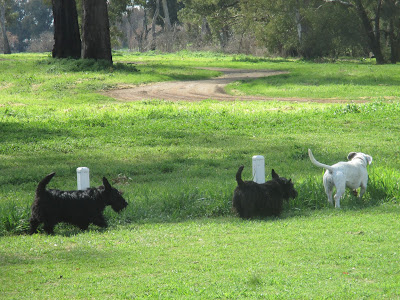 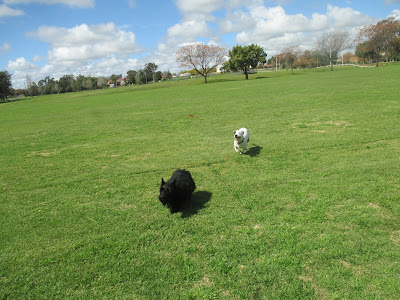 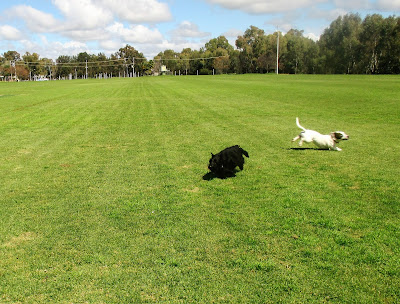 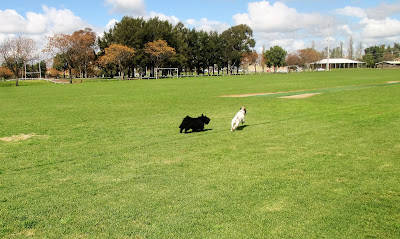 AND when we got home there was a SPECIAL letter for US!
From Easy... 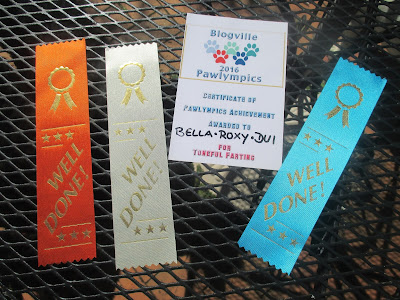 Awards for participating in the Pawlympics....Tuneful Farting!
THANKS!  It was a huge surprise.

More like a Thursday, Friday, Saturday and Sunday
Cell-fie.
While SHE went to the south coast to enjoy stuff like this... 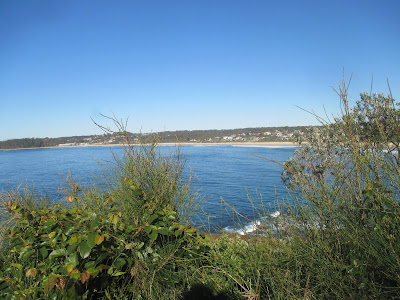 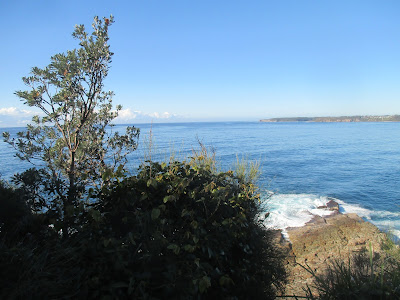 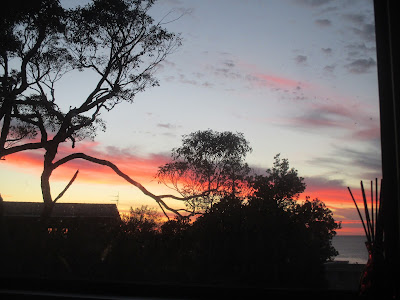 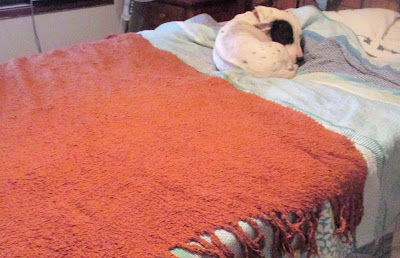 I'm not sleeping on that!

After the duckling incident...


I, Dui, went to a Pet Event in the park--
just me!
SHE says I need to learn some manners.
I met this poodle 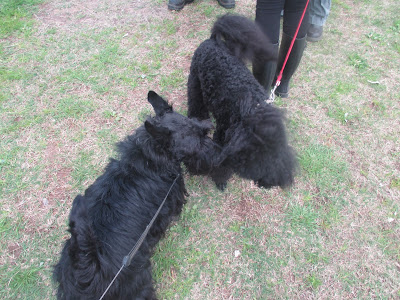 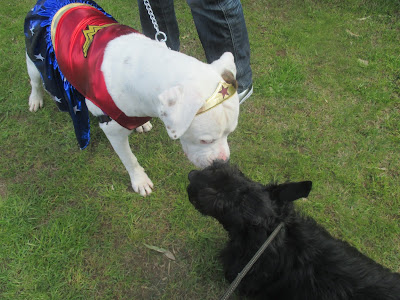 And Lachlan...he owns the treat stall at the Farmers' Market.  He had a stall here, too, so we bought some Roo chews and
Billy's Willies. After we said hello, Lachie and I started a 'who's the toughest terrier' growling contest. 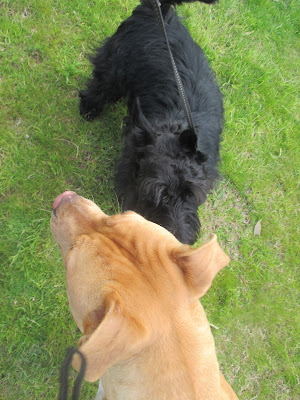 Look a whole crate of Princessess. 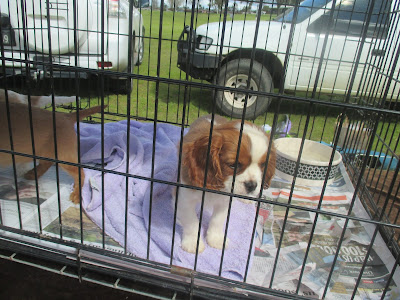 Everyone said how cute I am, and what a good boy.
We got a big showbag of treats to take home.
And I was even good when a tiny human
toddled over---twice--to kiss my nose!

But, after an hour, I'd had enough and was trying to take on all the dogs (with one paw tied behind my back), so we came home.

Sorry, there are no ACTION shots.

Saturday morning was gorgeous....
We arrived at the river at the same time
as Flash, Buddy and Ebony.
So we walked around the track together.
Roxy took off through the tall grasses
with Dui in hot pursuit!

They were chasing a couple of low-flying ducks.
When the peeps got close to Bella's favourite puddle,
this is what they found... 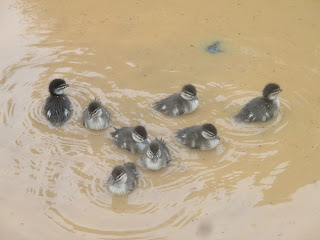 Tiny ducklings.....
The parents were obviously trying to lead the dogs away. 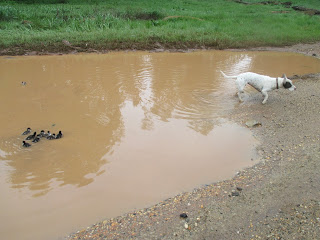 Then all hell broke loose....hence the lack of photos.

Five dogs trying to get to the ducklings,
Flash, Buddy and Roxy were just interested.
Ebony much have thought they were a new kind of ball.
and the scotties.....went into hunting mode.

Peeps running everywhere to chase off dogs.
SHE managed to get Dui and Roxy on leads.
The ducklings decided Roxy was their mother
and were chasing her, trying to get under her for protection.
Ducklings carried back to the water....
Dui dragged off by J,
a hawk appeared.....
and a crow.....
Peeps were waving them off, trying not to step on
ducklings who were after Roxy again!
Finally, after several frenetic minutes:
Ducklings back in the puddle and
parents returned.
However, there was one fatality.
One baby deaded by a quick bite. 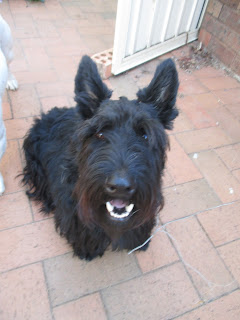 That was me, the Dui-man! 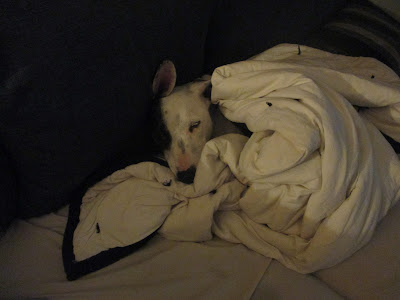 Cool nights-- Gorgeous, warm days!
Yesterday, we were hooked up to the
National Broadband Network.
(A government initiative to get almost all of the
country on high speed internet.)
So nice this morning to have blogs come up QUICKLY,
and pictures to download in seconds!
We've been to the river most mornings.
Look what is happening in our garden.
Magnolia 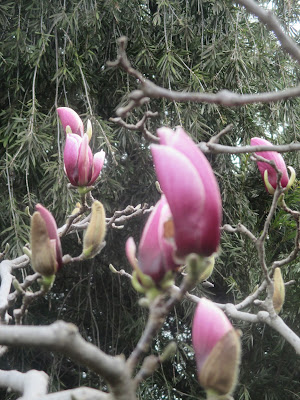 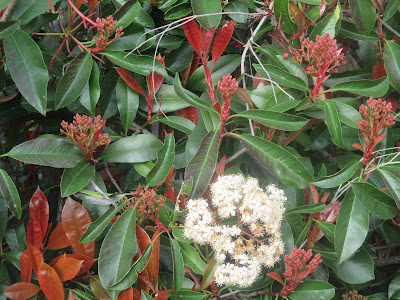 And one of those forgot-what-it-is plants. 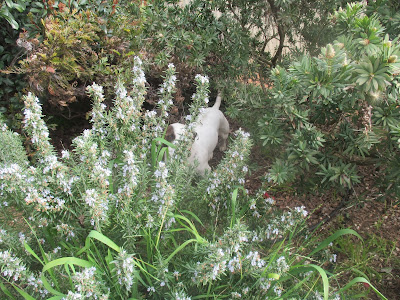 Hopefully, we'll be around to visit everyone soon.