The other day the OP Pack noticed and remarked on Roxy's feet. 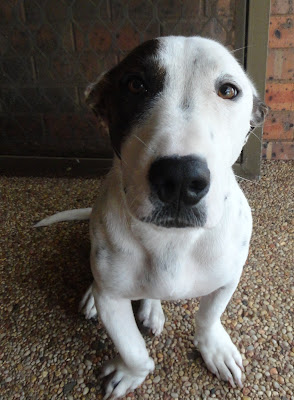 Roxy's feet are unique to say the least.
When she's resting, she turns out her right front leg at a funny angle. 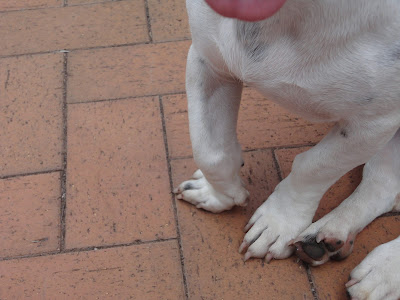 At times it look like it's on backwards.
People always asked if she had rickets or if it was broken.
As she was surrendered to the pound as a small puppy, we don't know if she had rickets.
Could be, in a litter of 12 pups, maybe she didn't have growing room. 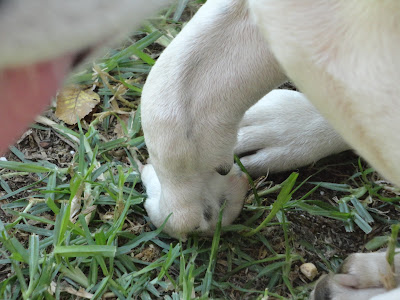 She also has funny back feet.  When SITTING, she sometimes has both out behind her, either straight as in this picture or crossed. 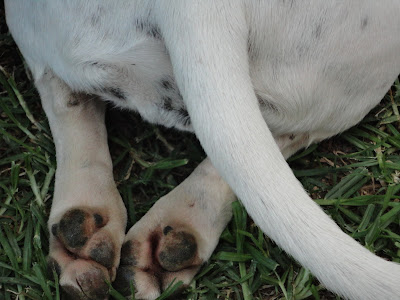 Or, she rests on her toes. 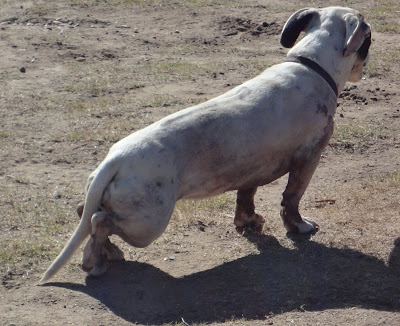 Usually, there is at least one leg flung out backwards. 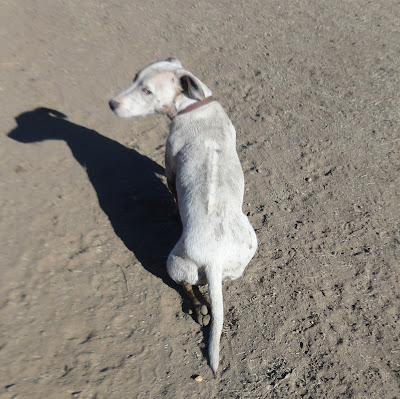 Getting her to SIT on command is a lottery--you never know what she'll do.  She slowly lowers her back end into any one of her crazy positions.
It is always a talking point wherever we go.
The VET said it is just a Roxyism and to watch her weight as arthritis is a possibility in the future.
Whatever the cause..... 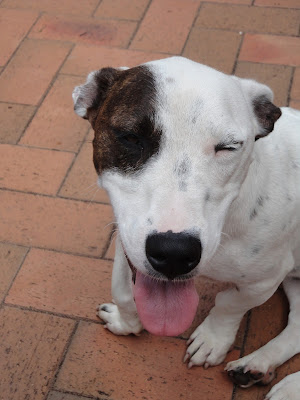 it does not slow her down or hinder her in any way!