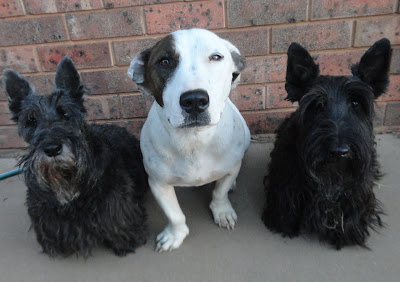 It is the day to honour and remember all the men and women who have served our country in war--especially the fallen. 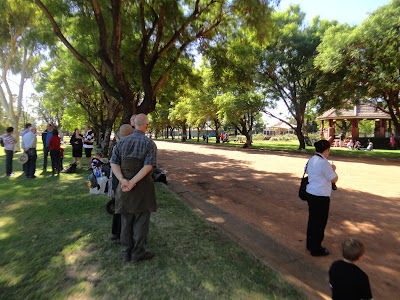 It is a day where we remember the Gallipoli landing and 8-month battle in World War I.Though Gallipoli was a disaster from go to whoa, it is the was the first time Australia and New Zealand fought as their own countries and is viewed  by both as  defining the character of each nation--the ANZAC Spirit.  It is not a time to glorify war--quite the opposite.

Every city, town and village in Australia has a War Memorial and holds Sunrise Services followed by parades, and commerative services.  The parades in the large cities can last up to 3 to 4 hours.

These photos are of our city's parade today.


After the official ceremonies, the diggers move to various venues to spend the day with their colleagues.


There are official services held in Gallipoli, France and wherever service men and women in the world.

The Gallipoli campaign resulted in the deaths of thousands of young men on both sides, today we honour the brave enemy,
as well.

We leave you with the words of Mustapha Kemal Ataturk--the first President of modern Turkey, who commanded the The Ottoman Turks--the enemy.

"Those heroes that shed their blood and lost their lives...you are now lying in the soil of a friendly country. Therefore rest in peace. There is no difference between the Johnnies and the Mehmets to us, where they lie, side by side here in this country of ours. You, the mothers who sent their sons from faraway countries wipe away your tears. Your sons are now lying in our bosum and are in peace. After having lost their lives on this land, they have become our sons as well."