As you may be aware, SHE has been taking two children to their school in the mornings.
SHE says, we make the car a mess, so we're not allowed in
as much.
But yesterday, because SHE's learnt to cover every bit of the back seat, we went to the Police Paddock.
Apparently, way back in the mists of time, it was where the
police horses were kept.
It is a track that runs along the river and the sportsground. 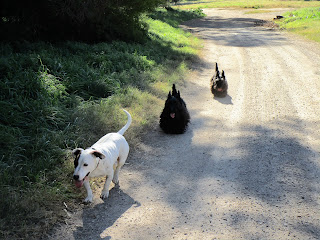 We can run around it free!
(Unless we're at the farm end where animals may be in the adjoining paddock.) 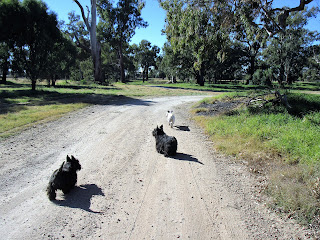 We sometimes take the path towards the river when it is not snake season, but we can't get in the river. 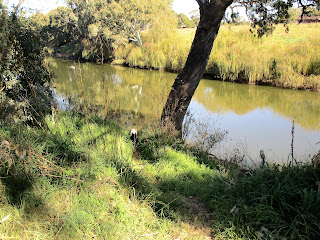 We run around the track, pounce at lizards in the grass and sniff everything. 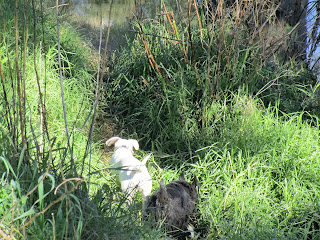 Then we go to the sportsground and race around like maniacs,
and chase birds.

BUT look, it is Wednesday, and the young bipeds are using the fields!  There was a touch footie (Rugby) competition with all the schools!  They usually use the fields on FRIDAY! 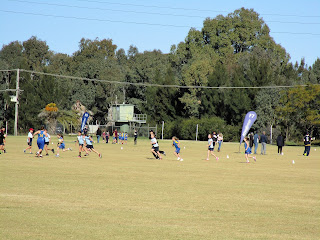 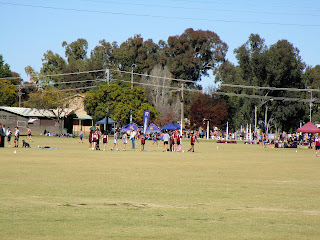