We may have been incarcerated for nearly four weeks,
but were were immediately back in routine.
We got HER up early the first morning,
remembered our snack and dinner times
and where the cats usually hang out.
Saturday morning, it was back to the river. 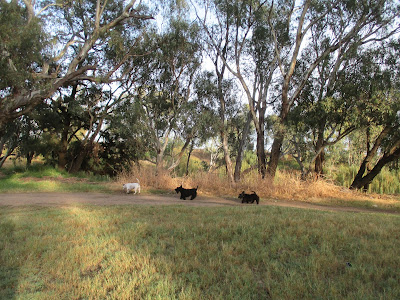 We had a slow, walk around the track--we had lots of smells to investigate--then down to the river.
SHE had to admit to Frankie and Ernie that Bella's blue rock had
floated down the river, but was
able to get four replacements. 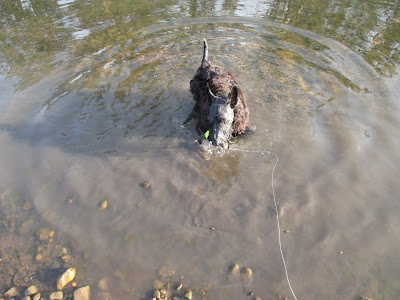 Bella stayed in the river most of the morning and enjoyed the new rock--it has dental floss attached, so it won't get lost. 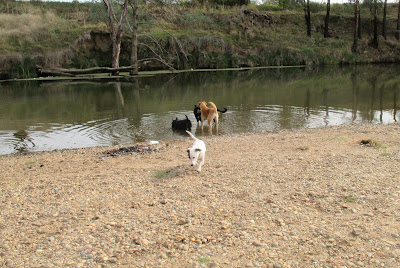 Dui and I played with our friends.
It was good to be back!