Just thought we'd answer a few comments from yesterday.
An Echidna is also known as a spiny anteater.
They are found all over Australia.
We occasionally see them where we live.
They are mainly solitary animals,
so that photo of two in the snow is unusual
probably a male and female. 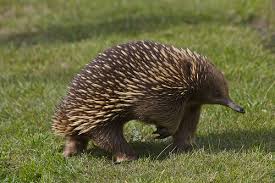 They protect themselves by rolling into a ball
and digging a hole. 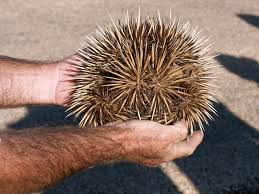 Echidnas are the oldest living mammal (quote from Internet).
And one the world's two monotremes--egg laying mammals.
(The other is the Platypus.)

The babies are called puggles.
*   *   *   *   *
Also, Australia has vast snowfields in the mountains, it's a popular ski area.
Some areas do get snow in winter, but usually we visit snow--it doesn't just fall on us.