I, Roxy, got a birthday package from MY Ernie awhile back.
And he FILLED it with great snacks and toys for me.

BUTT, another package came from FRANKIE a few days later.


That one was addressed to DUI.

Everybody knows that I sent Frankie a box of NOTHING for Easter,
so I was a bit worried about this one.

And we've nearly gone NUTS trying to work out the CODE. 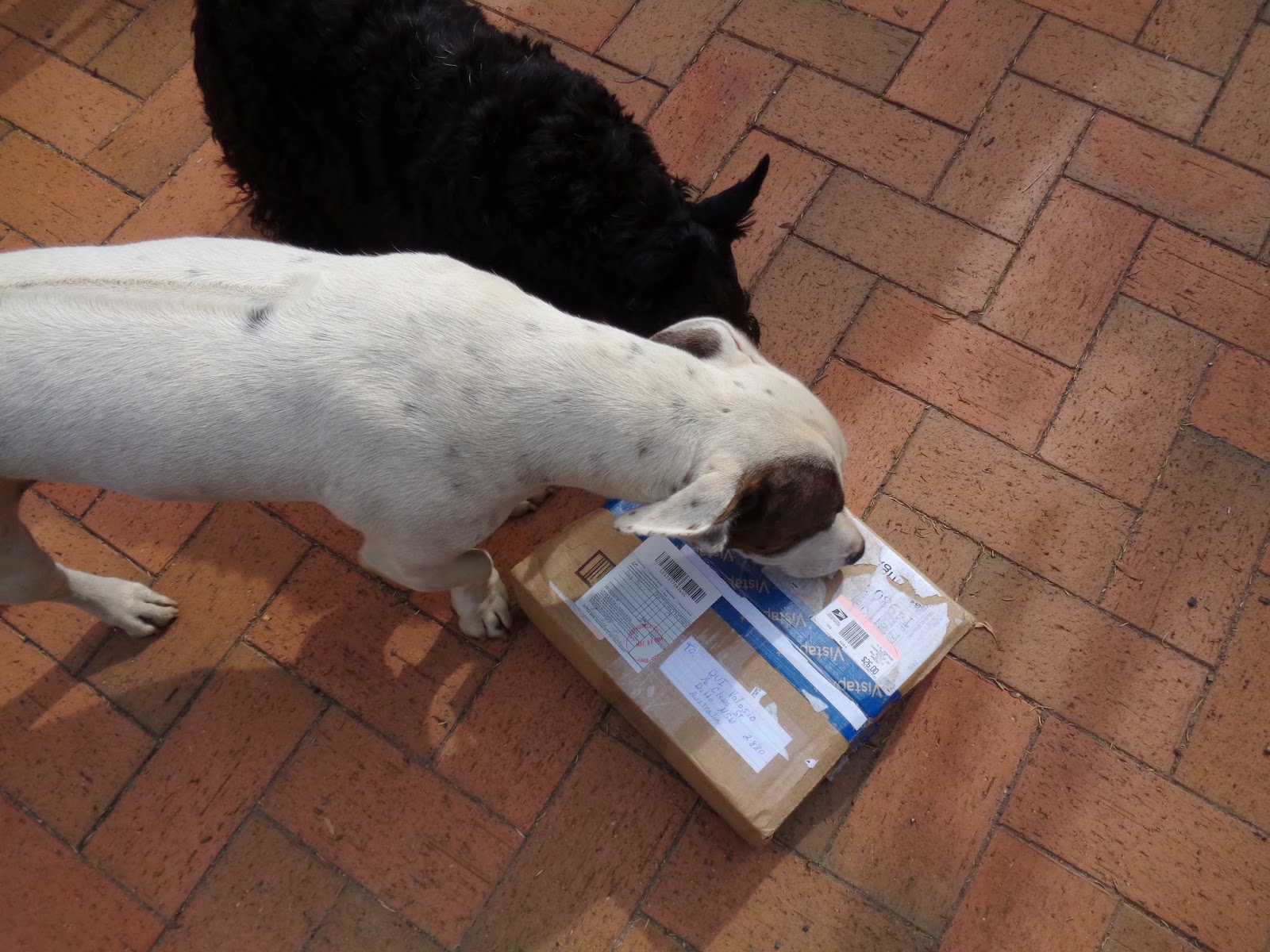 Down Under Idiot?
Dig Up Irises?

Anyway we can't work it out.  Maybe he's trying to give us headaches.

Bella and I stood back while SHE opened it
in case something flew out. 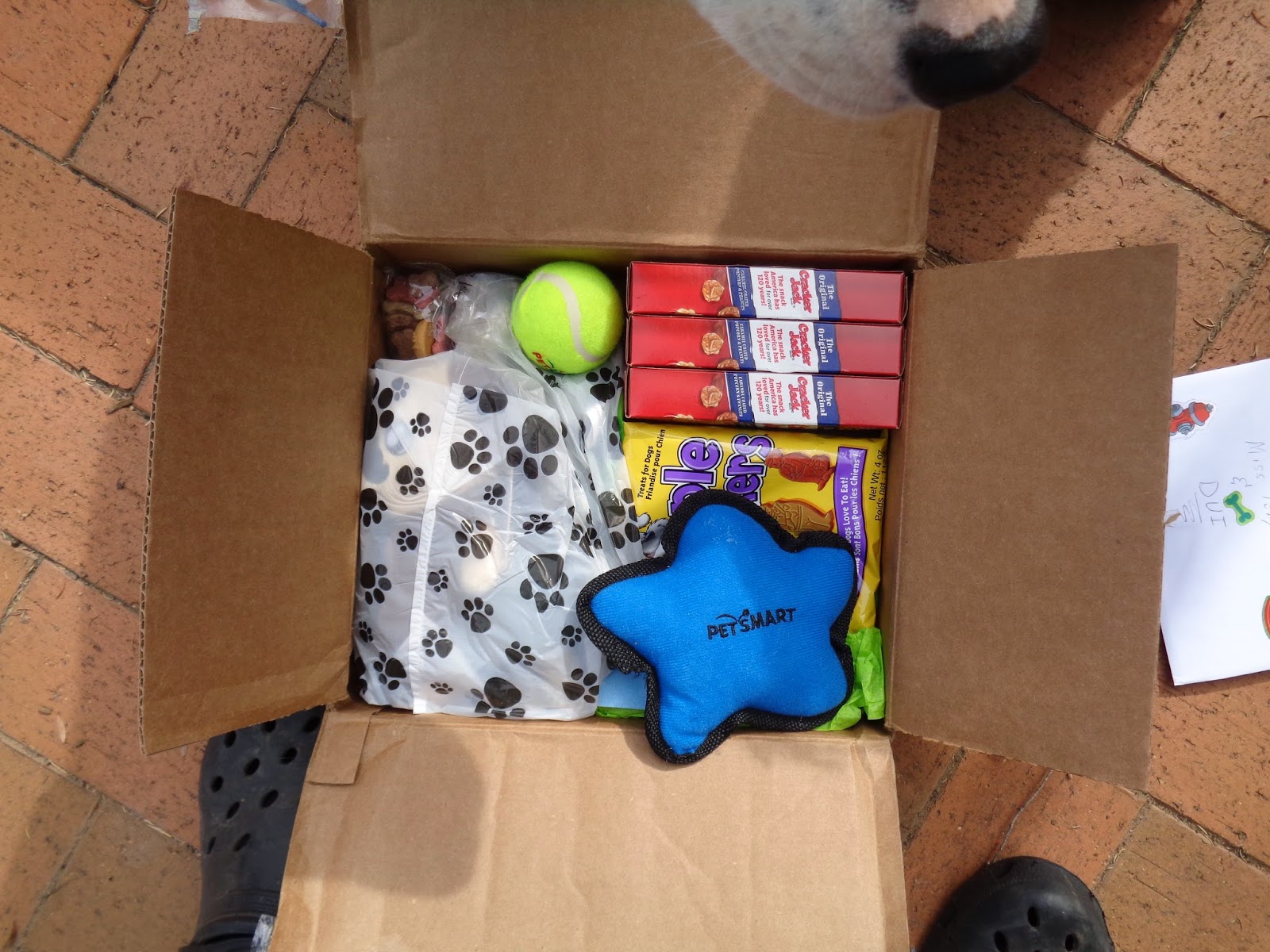 There were some great toys, more people crackers and
Cracker Jack.

AND even worse.... He included BOY stuff!

A new collar and a BOW TIE 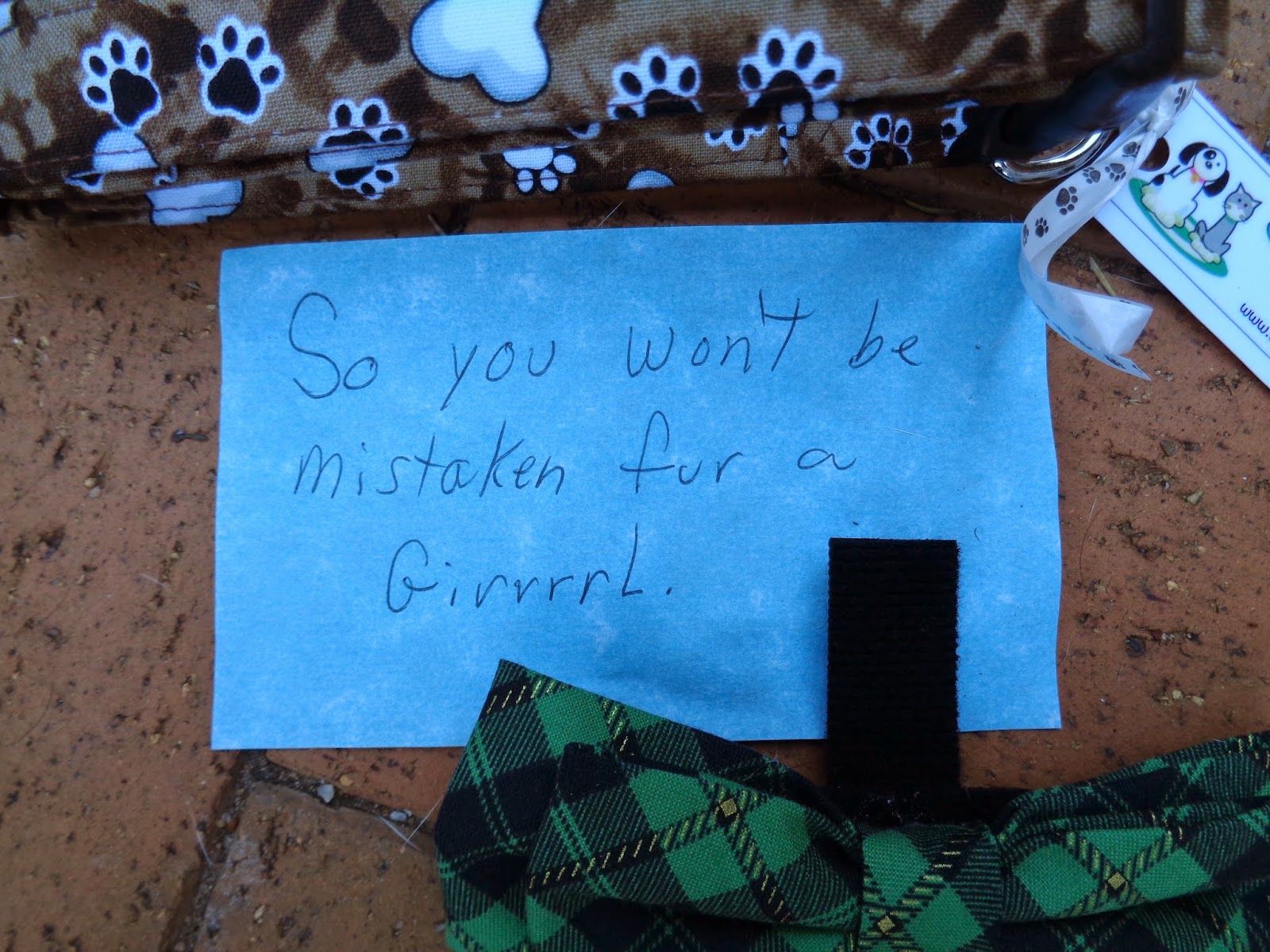 Is he messin' with my mind or what?