An E-mail for Roxy

I got a very important e-mail today. 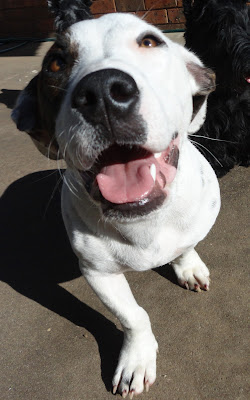 I'm soooooooooooooooo excited.  It was from my brother and sister who have gone to live in Darwin--way up north.  They heard that I was adopted so they wanted to know all about me.
This is my sister Ruby.  We look a bit alike. 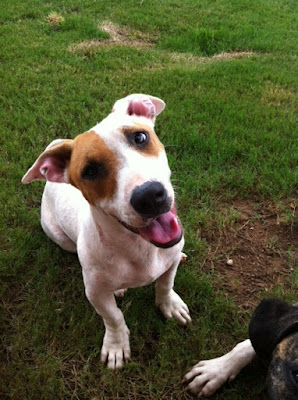 And my brother Judge.  He did have an R name because we were the R litter. Here's a picture showing their differences in size.  Judge must have got more Rodesian Ridgeback genes.  He's much taller than Ruby or I.  She's built just like me. We're more bull terrier shaped.
(SHE says I have basset legs.) 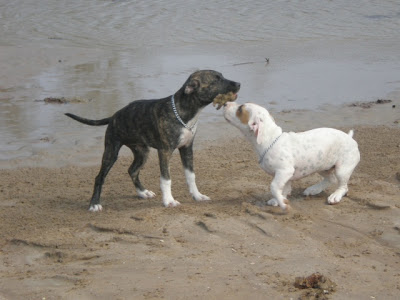 They were adopted when they were 4 months old and I was adopted a month or so later.
There were 12 in our litter, and 7 were surrendered to the high kill shelter where we were rescued by our Foster Mum, Lea. 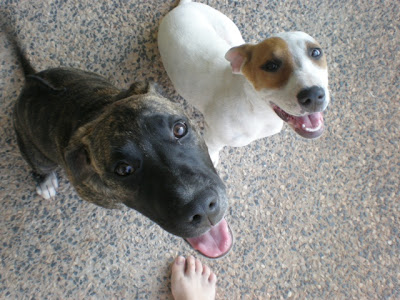 I think all the others have found their forever homes except little Roo who's still waiting.

I'm going to write back and send them some pictures of me.
We have the same smiley faces.

(Even Daisy and Bella don't know where their siblings are!)
Posted by Bella Roxy & Macdui at 3:08 AM