If you are squeamish, you might want to stop here. 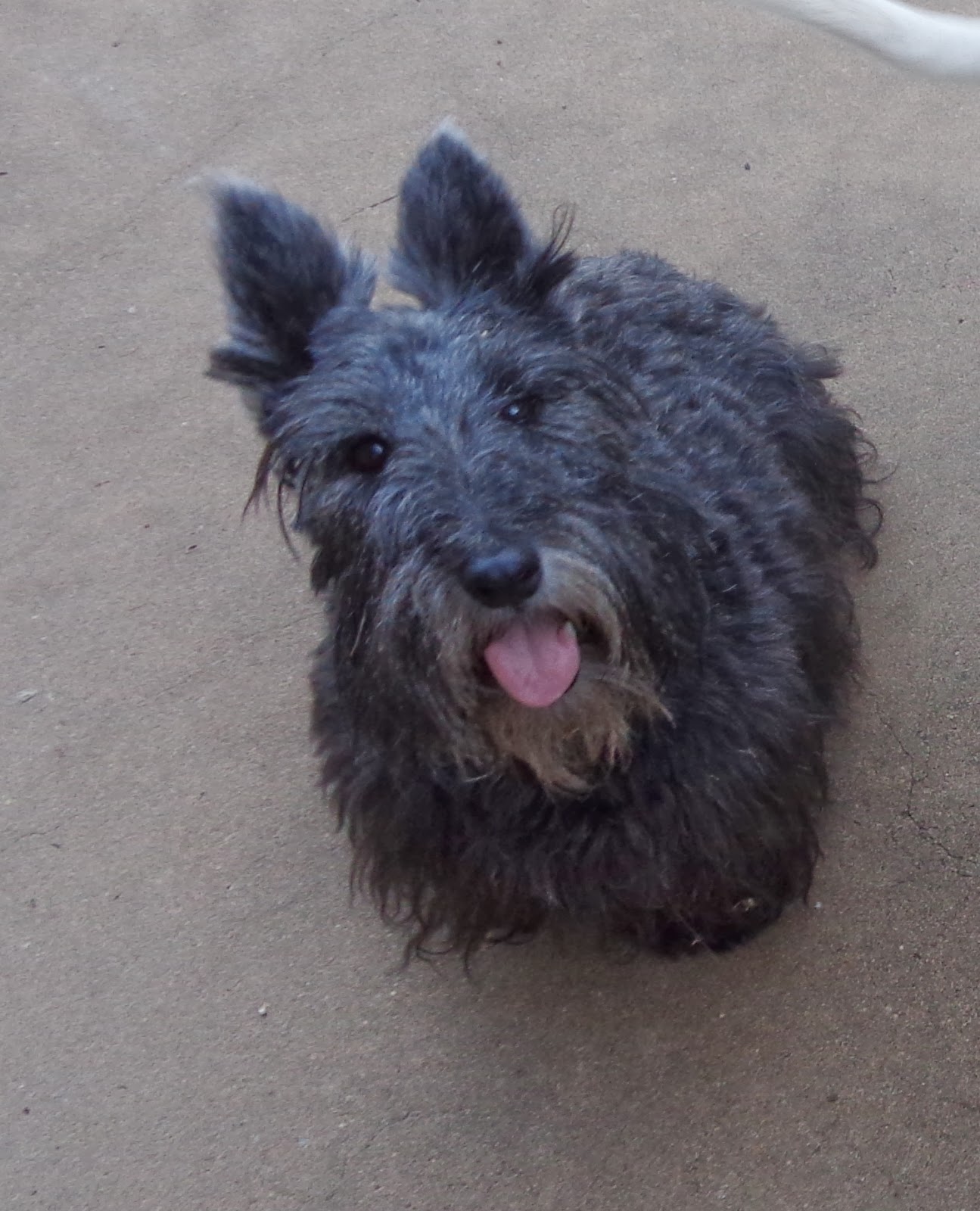 It started with Daisy's teeth being slightly out of alignment. 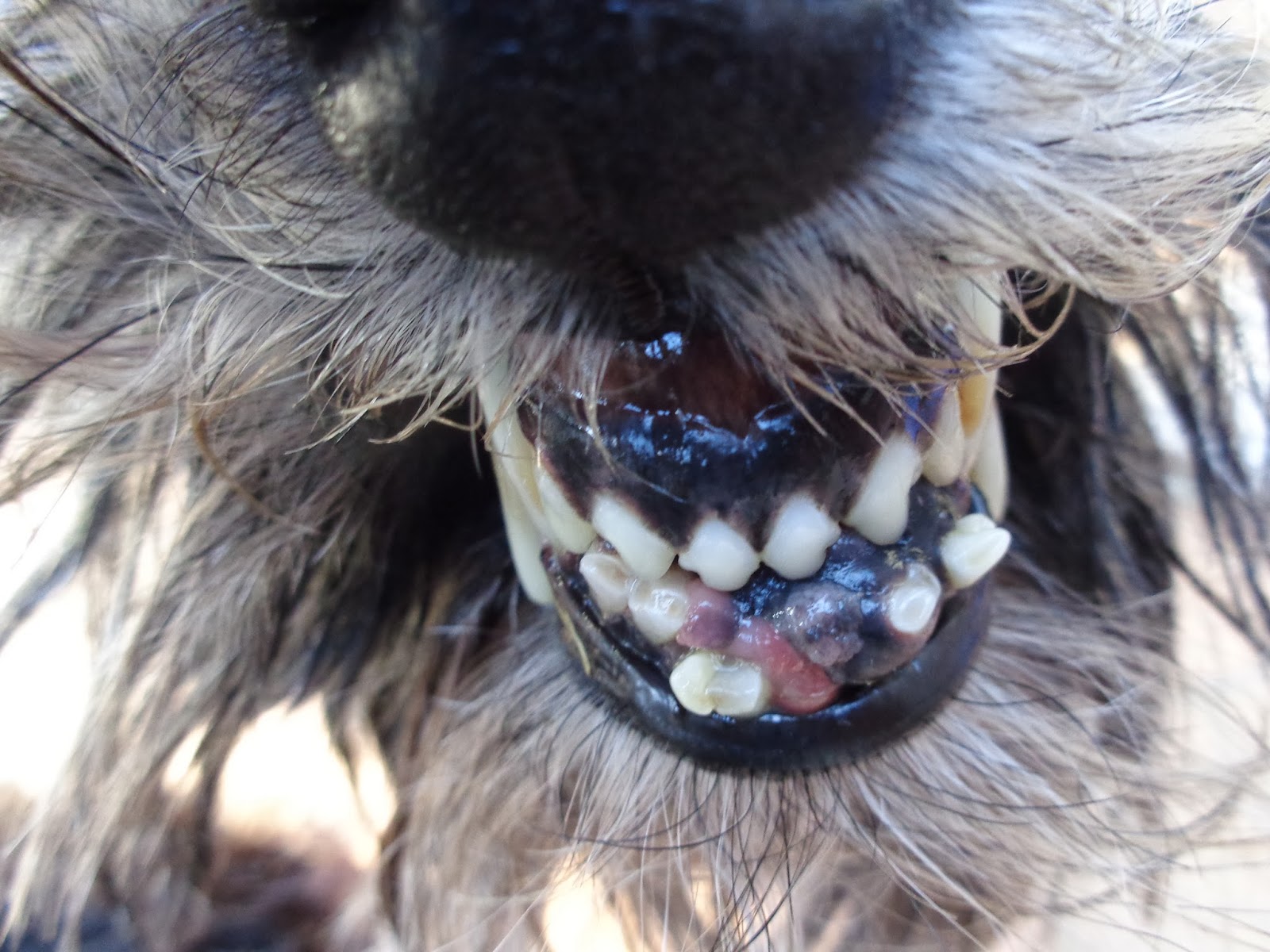 She visited the Vet , was diagnosed with a growth and booked in to have a  biopsy taken, removal of front lower teeth and general dental work.  Her other teeth were fine. 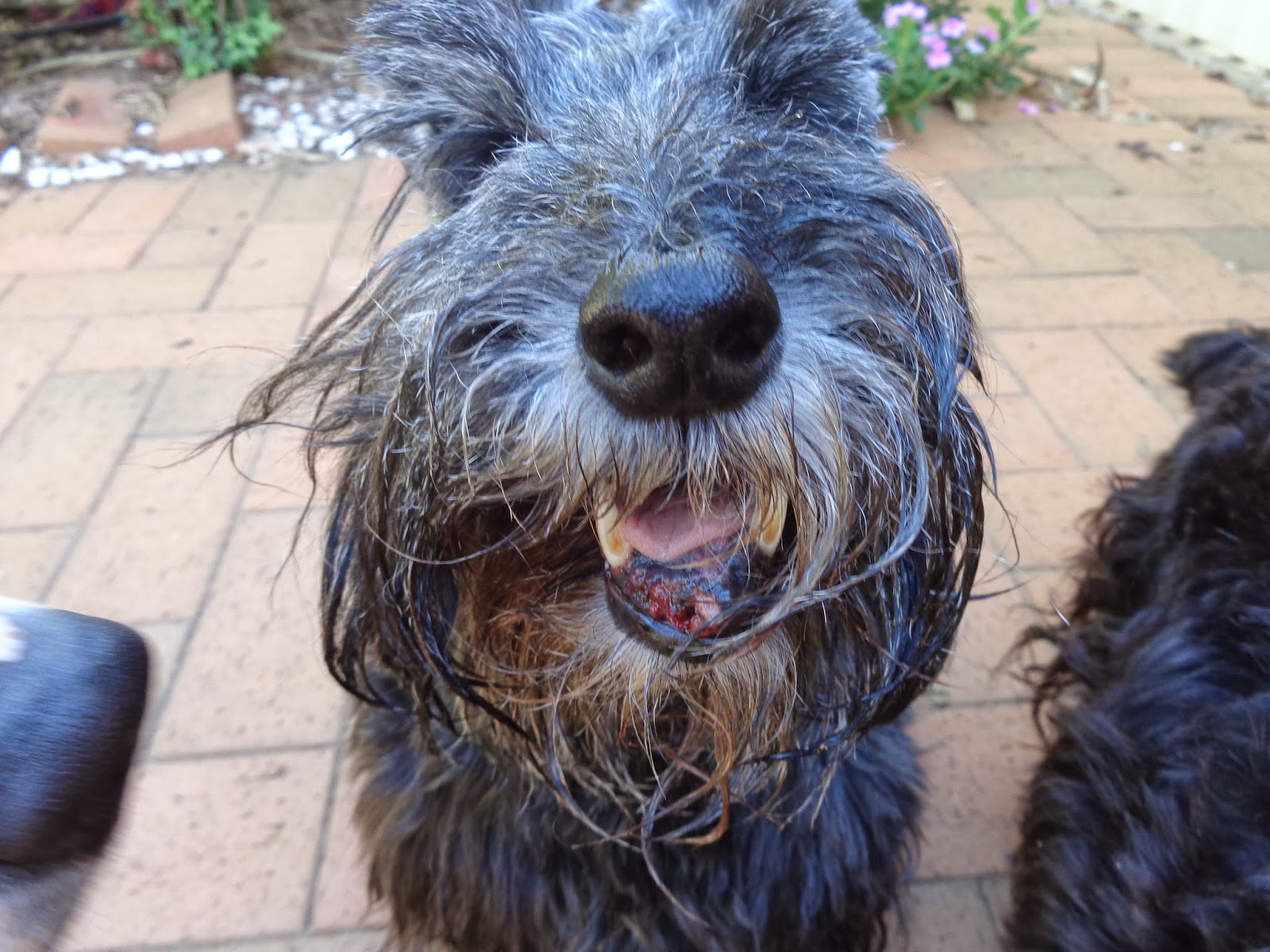 The biopsy report stated a Squamous Cell Carcinoma was growing into the jaw bone, and would progress.
Prognosis, 6-12 months.
But it was very aggressive. 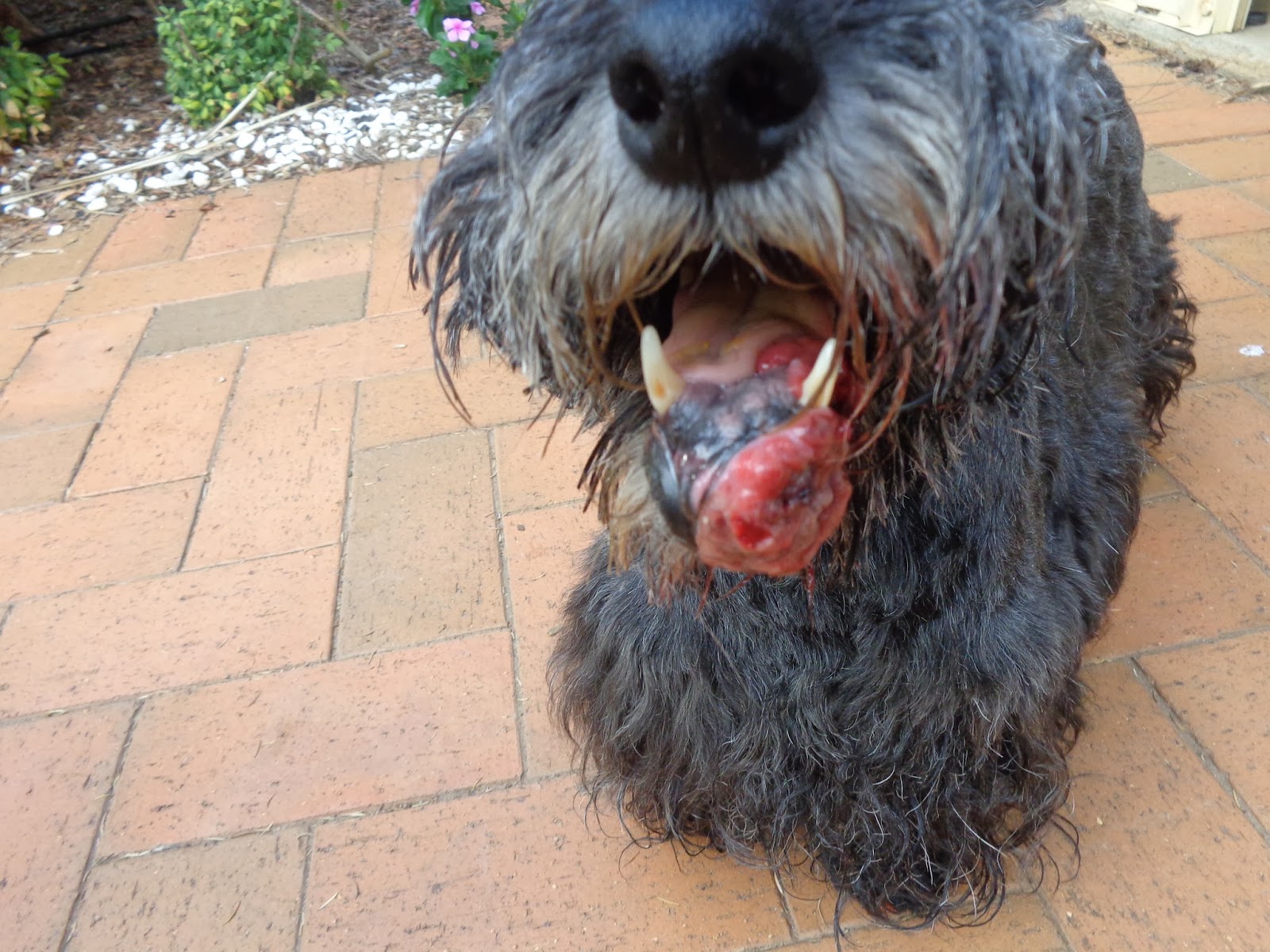 At no time did she indicate that there was anything wrong.  No evidence of pain.  It would bleed when she tried to get food off the floor, but  stop quickly.
It didn't interfere with her usual daily duties or fun.
She went to the river on Thursday, did her usual wading, running around chasing birds, and exploring.
Friday morning was another Vet visit to see how things were going as she gave no clue as to what was happening.

The Vet went through her records and explained that she would be experiencing at least dull aches in her jaw and teeth, the tumour was ulcerated and would be VERY painful within a week...getting worse, and there was also a chance
that the jaw bone could fracture.
The decision was made.
Very difficult because she seemed to be still happy
and enjoying life.

We want to thank everyone for your words of support and best wishes.  It has been a difficult two days.  Daisy is in our garden next to Carys.  Kendra's urn is buried with her.
We will miss our STOIC girl for a long time.

Oh, alternatives would have been having the jawbone removed and replaced, chemo and/radiation in Sydney.  She would have hated it.
Posted by Bella Roxy & Macdui at 10:04 PM