The floral emblem of Australia 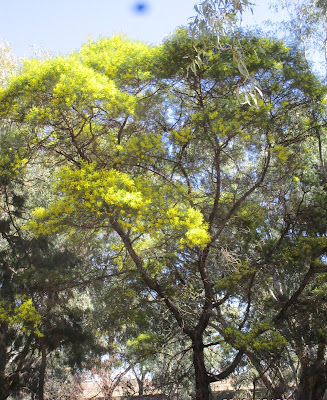 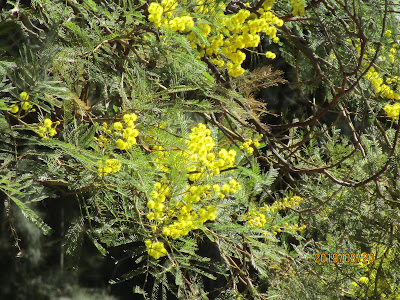 Of course most of the wattle has come and gone by now.

Wattle Day is the official first day of Spring
in Oz.
This year, it is also Father's Day.
We don't have a dad, but we have 'river' dads:
Ron, John and Craig
(they're always good for a scratch or two.)
It's time for new life
warmer temperatures
and, perhaps
SECRETS?!!! 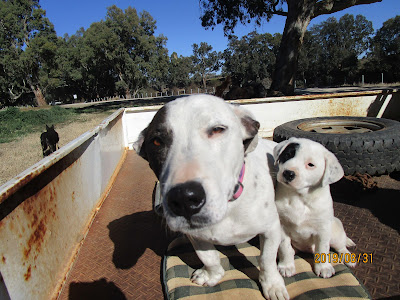 It was my turn for some ME time,
or so I thought.
Look where I ended up. 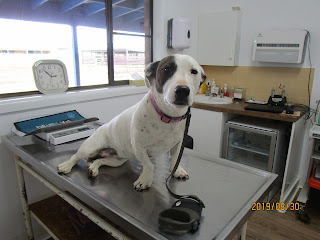 Do I look impressed? 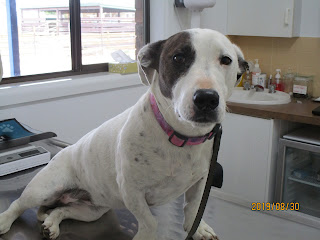 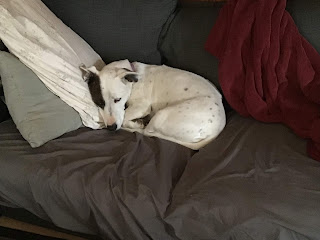 Don't even think the vet noticed the bath I had to have.
Posted by Bella Roxy & Macdui at 2:49 PM 13 comments:

We are thankful for Ron and his ute.

Ron comes to the river nearly every day because his dog, Kelly loves it.  Kelly was hit by a ute about two years ago and was seriously hurt.  But Ron, a pensioner,  paid the huge bills to help his best friend.

He is a gentle soul one of the world's gentlemen.  Quiet, accepting of life's curve balls, and faces the world with humour and level-headedness.

He is 91, and has recently been diagnosed with lymphoma which has invaded every part of his body.  His prognosis is months.

Ron went into action to ensure his wife who is frail and suffers epilepsy will be cared for.  He has visited lawyers, cemetaries, funeral homes etc. to get his affairs in order.  Because if there is a job to do, you just get on with it.

Every morning we wait to see if he shows up.  Some mornings he is too tired or his legs are too swollen to walk around the track, but he brings his beloved Kelly and will doggedly walk with her because she loves it.

We are thankful for every minute we have left with Ron. 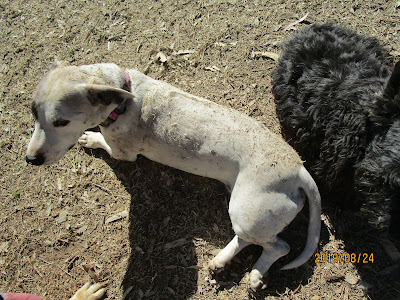 Just as everyone was packing up
to leave the river this morning.
A dog who shall remain nameless
took off into the bushy area
along the river.

No amount of calling
could attract his attention.

SHE was forced into leaving the car
(where two good dogs were sitting patiently)
To hike through the weeds, fallen tree branches,
up and down trench-filled terrain
towards frantic barking!

Where SHE eventually found
the naughty dog leaping around,
barking madly at a small, skinny
fox!

Yelling at said dog, only stopped the action
for a few seconds giving the fox
a chance to escape.

With him in hot pursuit.

She returned to the car, drove slowly along the river
searching for the naughty dog,
finally, seeing him racing madly up and down the river bank.

The naughty, and slightly exhausted dog slowly
came to HER.
This escapade took 30 minutes.
SHE was NOT in a very good mood on the way home. 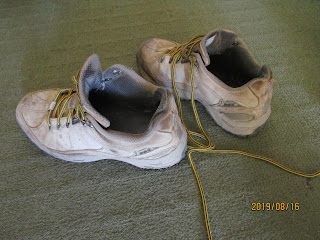 BECAUSE
they are goin'-for-a walk shoes!

Whenever SHE puts these shoes on,
we get very excited.

Roxy usually grabs a toy and shakes it.
A short ,out-of-focus video:

Do you have 'signs' that tell you something exciting is about to happen?
Posted by Bella Roxy & Macdui at 2:27 PM 18 comments:

We have three of these

and they move around the house... 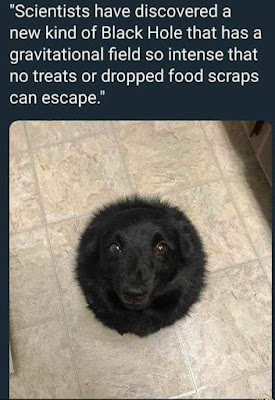 to remind you that winter is coming!
We had a cold weekend. (continuing all week)
It snowed to the east and south of us.
We just got the freezing winds and some light rain.
Yesterday morning we nearly missed out on our
Early Morning Walk because the gate latch was frozen shut!
Here's something you don't see every day.

Even though it's Saturday here.

Dui and Roxy had to stay on their leads most of this morning. 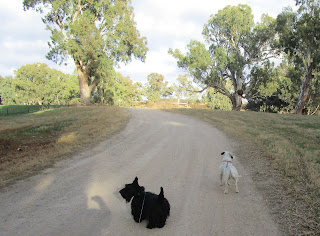 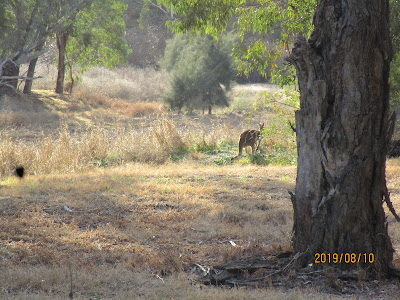 Roo 1 bounded along beside our car up the track,
then crossed in front of us and bounded away.
Dui howled and screamed .
(roos count as nature, huh.)

You can see where I ended up.


The vets'!
Waiting for Dr Merwyn..

Heart normal
Teeth good
Ears clean
All needles done.
BUT
I'm sure the scale was wrong.
I couldn't be 1 kg (2.2 lbs) heavier than last year. 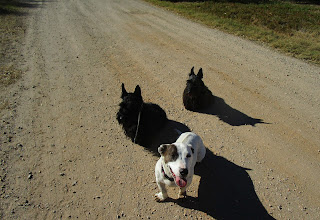 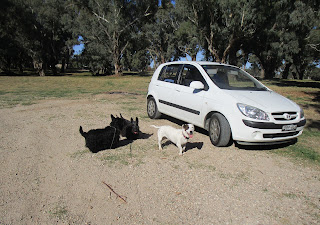 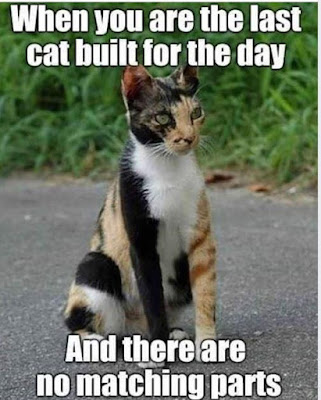