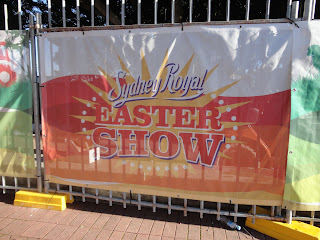 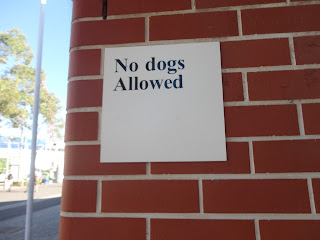 SHE had to get up VERY early for the 6:30 am flight to Sydney, then take the train to Olympic Park (where the 2000 Olympics were held.)
The Easter Show is only called that because it occurs in Sydney at Easter time.  It's like a state Fair.

SHE saw loads of interesting cakes. 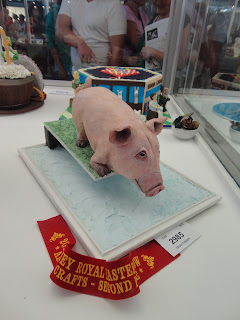 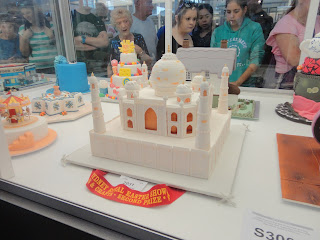 But we sent HER to see the scotties judged!
A win at the Easter Show is much sought after. 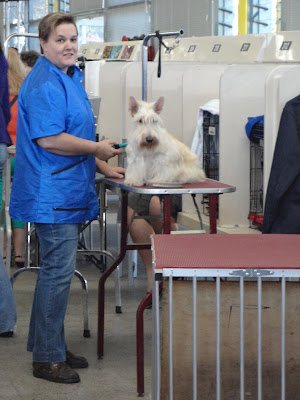 When this lady noticed HER taking a photo, she brought this wheaten pup over so SHE could meet her properly.
Her name's Destiny and she was very friendly and won second place in her event.
Here are some others.


The lady above in green is Bella's breeder.
SHE got to talk to her about Bella!
After the scotties, SHE went to the Wood Chopping.
Very exciting.  It started in Australia in 1870 when two timber cutters made a bet in a pub one night.
It always draws a huge crowd.\
Most of the competitors have other jobs now and this is just a sport.
In this event the competitors chop through their block of
Australian hardwood.
The men closest are on handicap and have to start later. 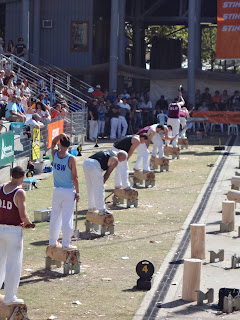 The man on the left who started last won....cutting in 23 seconds.
The next event was the Final in the tree felling.
The competitors must chop the 'tree' place in a plank to hold them while they
continue to place planks to the top, where they chop half way through the log.
Then they climb down and start again, making cuts for the planks and getting to the top to cut through the other half.
As the winner is crowned World Champion, there were competitors from all over Oz, NZ and Canada.  There are events for children, women and men.
After that SHE left--SHE doesn't do crowds well.
Australia has a HUGE feral camel population.

SHE decided to go to Circular Quay for dinner before heading to the Airport for the 7 pm. flight. 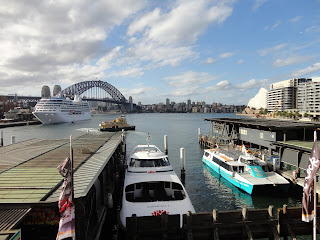 Sorry there were no cats, but when SHE got to the pavillion there was a line of about 87 million people.
Posted by Bella Roxy & Macdui at 2:14 PM