On Saturday, Kevin came over from next door and he had a package addressed to US!

He collected it for us while we were at camp and NEARLY FORGOT he had it!

It was from Frankie and Ernie
and had travelled half way around the world!


Roxy tried to hog it because it smelled of Ernie.


We got it away from her and opened it.
First we found this note.....it was a Sniff-O-Gram 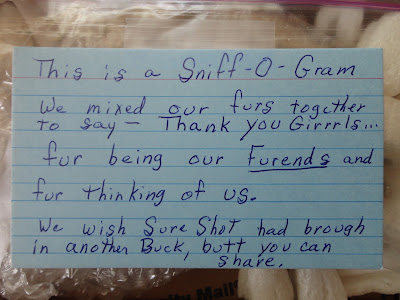 Frankie and Ernie put some of their furs, mixed together in a bag so we could sniff them! 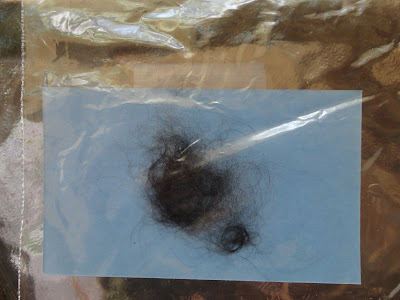 BUT
When SHE put it down for us to sniff, Bella ATE it!


Would you believe it!  SHEESH!

Under the Sniff-O-Gram that Roxy and I never had a chance to sniff, was a REAL, GENUINE, FAIR-DINKUM,
DEER ANTLER!!! 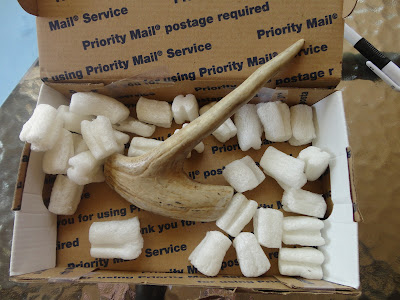 WOW, we'd been wanting to try one for ages--ever since Frankie told us how good they are. Frankie's dad gets him one EVERY year. 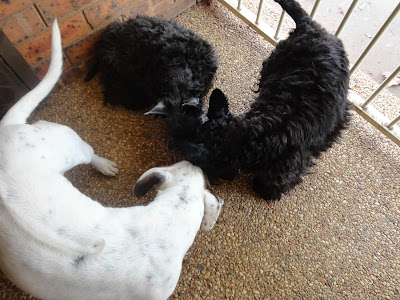 When Bella and my attention was diverted for a Nano-second, Roxy grabbed it and ran! 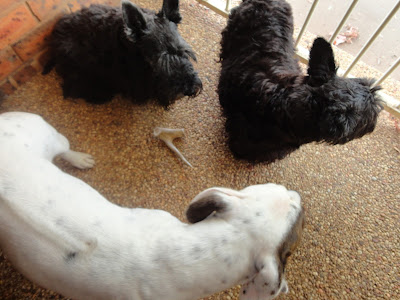 She said she and Ernie had a date to chew their antlers at the same time every day.
She didn't even care that the Sniff-O-Gram said we had to SHARE!
This date Ernie and Roxy have for the Valentine's Ball is just causing havoc
in our house!

THANKS FRANKIE....and Ernie.....for this PAWSOME present.   You're a real PRINCE.