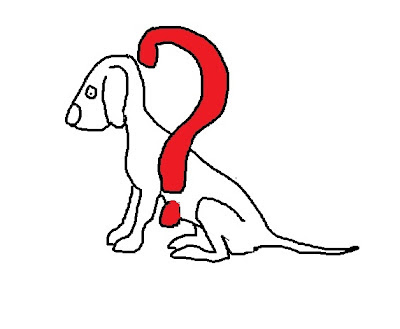 remember Somedoggy?
She's been busy this week.  We call her a she because we only have girls in our house, so she must be one, too.
Anyway... 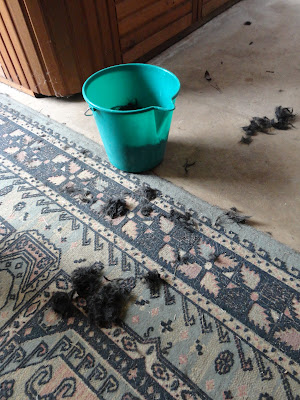 Somedoggy pulled our scottie fur out of the bucket after we were tortured groomed.
And Somedoggy dribbled water ALL OVER the kitchen floor.
And Somedoggy has been pruning the plants... 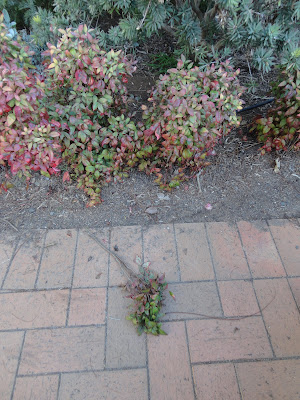 Also, Somedoggy put HER Croc too close to the heater and now SHE has trouble putting the left one on!

Somedoggy has been pulling out the plastic for keeping weeds out of the garden....again. 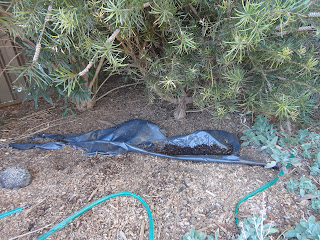 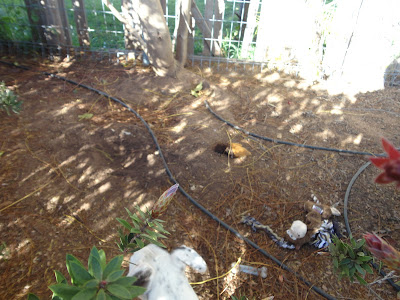 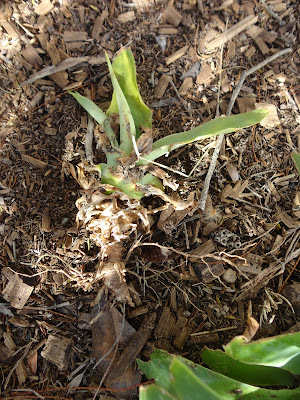 Somedoggy also dug up the choko SHE planted and chewed off the sprouted bit. 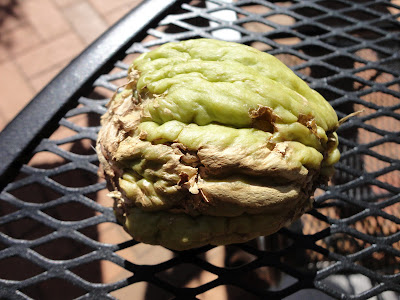 We've been looking for Somedoggy everywhere... 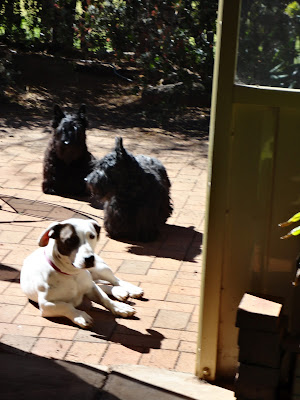