Okay, we may be late.  But better late than never, huh?
We want to support our friend Louis' Endangered Animals Post.
First, for Kismet, we will show you the Orange-bellied Parrot.  It's facing extinction...sigh....such a sweet little birdie, huh. 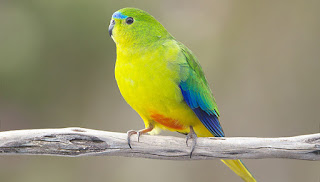 And the Eastern quoll.
(our friend Charlie already told you about the
northern hairy-nosed wombat.) 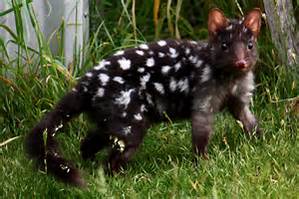 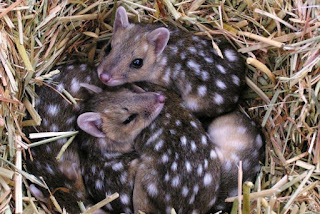 Anyway, it only lives in Tasmania now.  The mainland quolls
are endangered....critically endangered.

Don't you think they deserve to live WITH us?
Even if they are just good for those troublesome tiles in Scrabble?
As are quokka, below, who are not endangered. 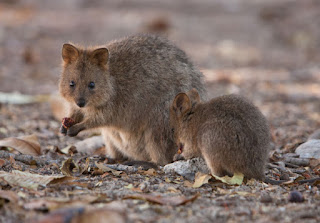 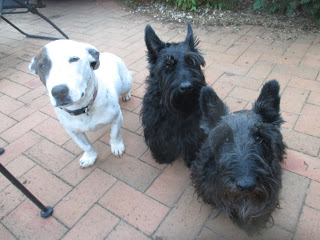 (Note:  Please EXCUSE, this post was written under the influence
of Semillon Cabernet Blanc.)