We hope all of you have a wonderful Mother's Day
and spoil your mums.

May 10th was Daisy's Gotcha Day.
It was Mother's Day, as well, that year.

Many of you know that Daisy was bought with some of the inheritance SHE received when HER mother died.
Daisies were HER mother's favourite flower, so Hemskirk Charisma became Daisy. 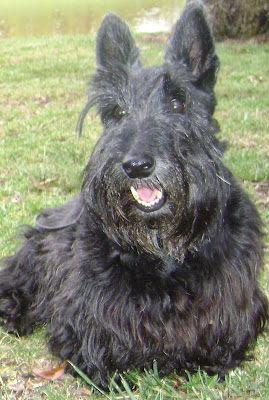 Scotties are not common in Oz, so the fact SHE found one--and a female at that--
so quickly was incredible luck.

It was also coincidental that SHE was going to Sydney that weekend.

It was meant to be.

Daisy was outside running around with her brothers and sisters.  They'd made the whole-day drive up from Victoria the day before.


Daisy simply walked over and sat down....choosing HER.
The siblings just faded into the background.

Then started the six hour drive home,
meeting a new sibling, Kendra, and flaking out on the couch. 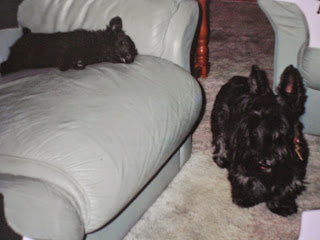 Daisy was always the peacemaker.
The Ambassador scottie, willing to allow
children and other people pat her. 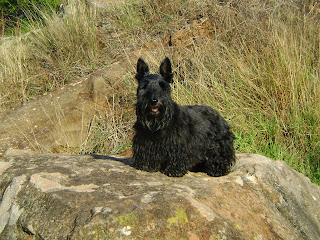 She could be counted on to do the right thing.
We miss that girl.