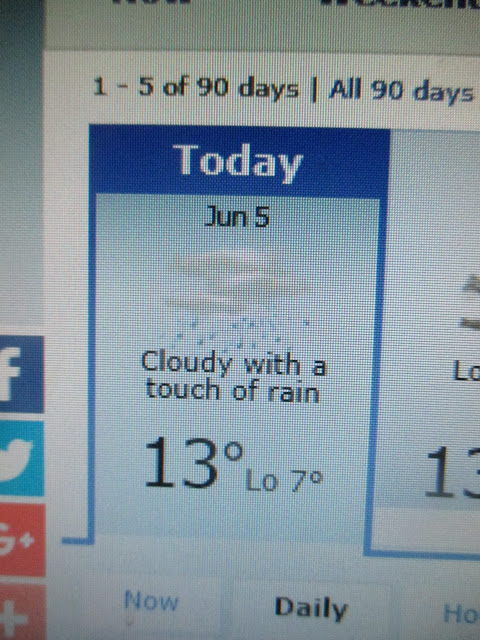 Well, the 'touch of rain' happened this morning as we were heading towards the river.
After three days INSIDE with only a short, round the block
walk yesterday, we were ready to RUN!
At the last moment, SHE turned off for the sporting grounds.
A good move.
We met (no photos) a kelpie/lab X named Molly
who was up for a game of chasie all over the fields!

A half hour of flat out racing.  (Even Bella joined in a bit.) 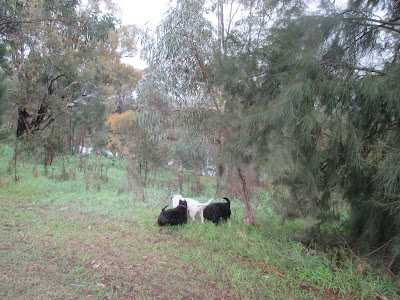 We got to enjoy freedom to explore! 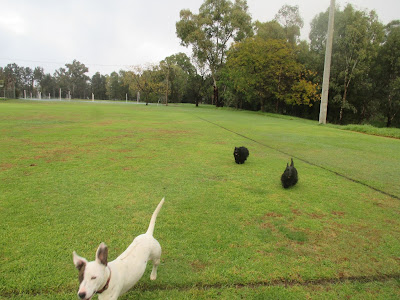 The best bit....
We only got WET!  Just a towel rub down when we got home!

Update on the update:
We think Dui lunged at the strange man because he
SUDDENLY appeared out of a walkway we were
about to enter. He made a hole in the guy's trousers.
Luckily we live where people expect dogs to be pains.
(Not an excuse, but a reason.)