You'll never guess who was at the river this morning!
It was Mr Roo.
We haven't seen him in ages.
This picture was taken before the chase..... 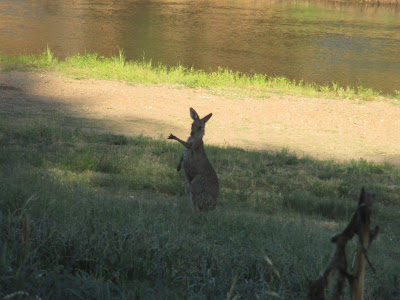 Way over on the right is a Roo blurr.
SHE was yelling too much to get a good shot. 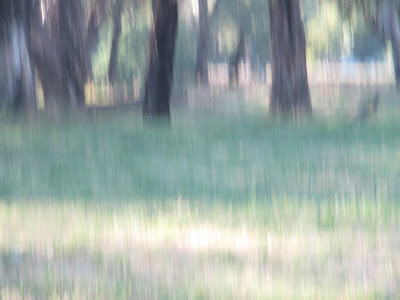 We chased him into the sheep paddock.
(Luckily, no sheep.)

Next we walked around the track until
everyone arrived.
Then down to the river.
Even Dui has been getting into the water.... 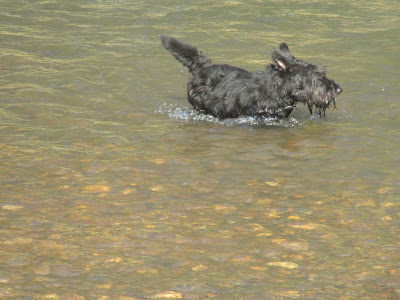 Bella loves trying to catch rocks.  It's her favourite game.  She'll often stand in the water for over an hour waiting for someone to throw rocks for her.
She chipped a tooth last year, so rocks have to be thrown close
enough so she'll jump for them, but not close enough to be caught. 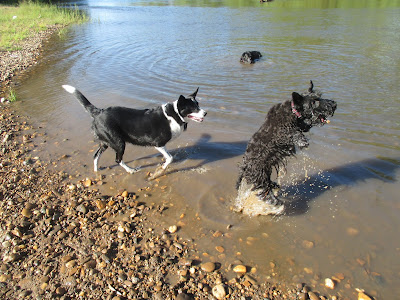 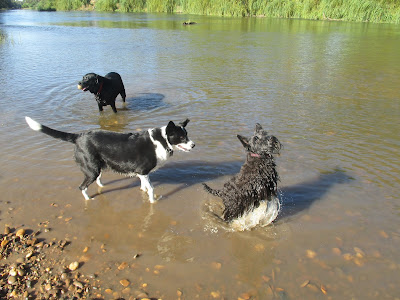 Then we chased each other, wrestled and barked. 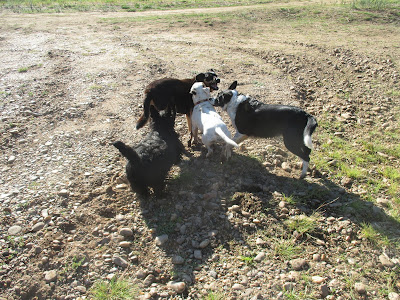 Afterwards snack time, up under the trees.
The two hours goes quickly.  So until next weekend.... 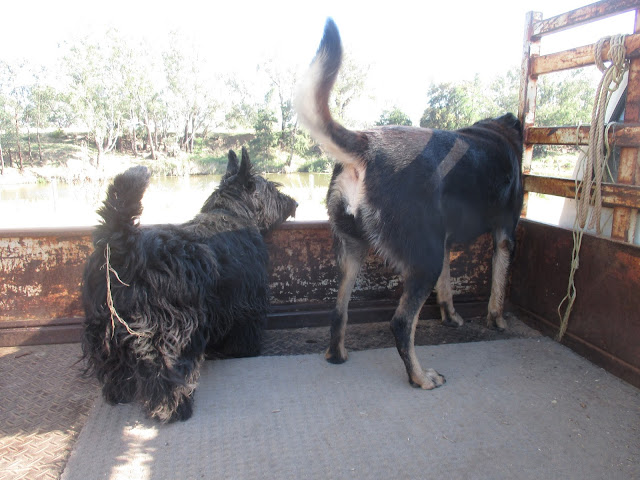