SHE found a place on the internet, in Australia, that sells deer antlers and ordered some.
Frankie and Ernie sent Roxy two antler pieces,
that's where we heard about them.

Dui, especially, LOVES them.  So SHE loves them
because he can be distracted from chewing stuff with an antler. 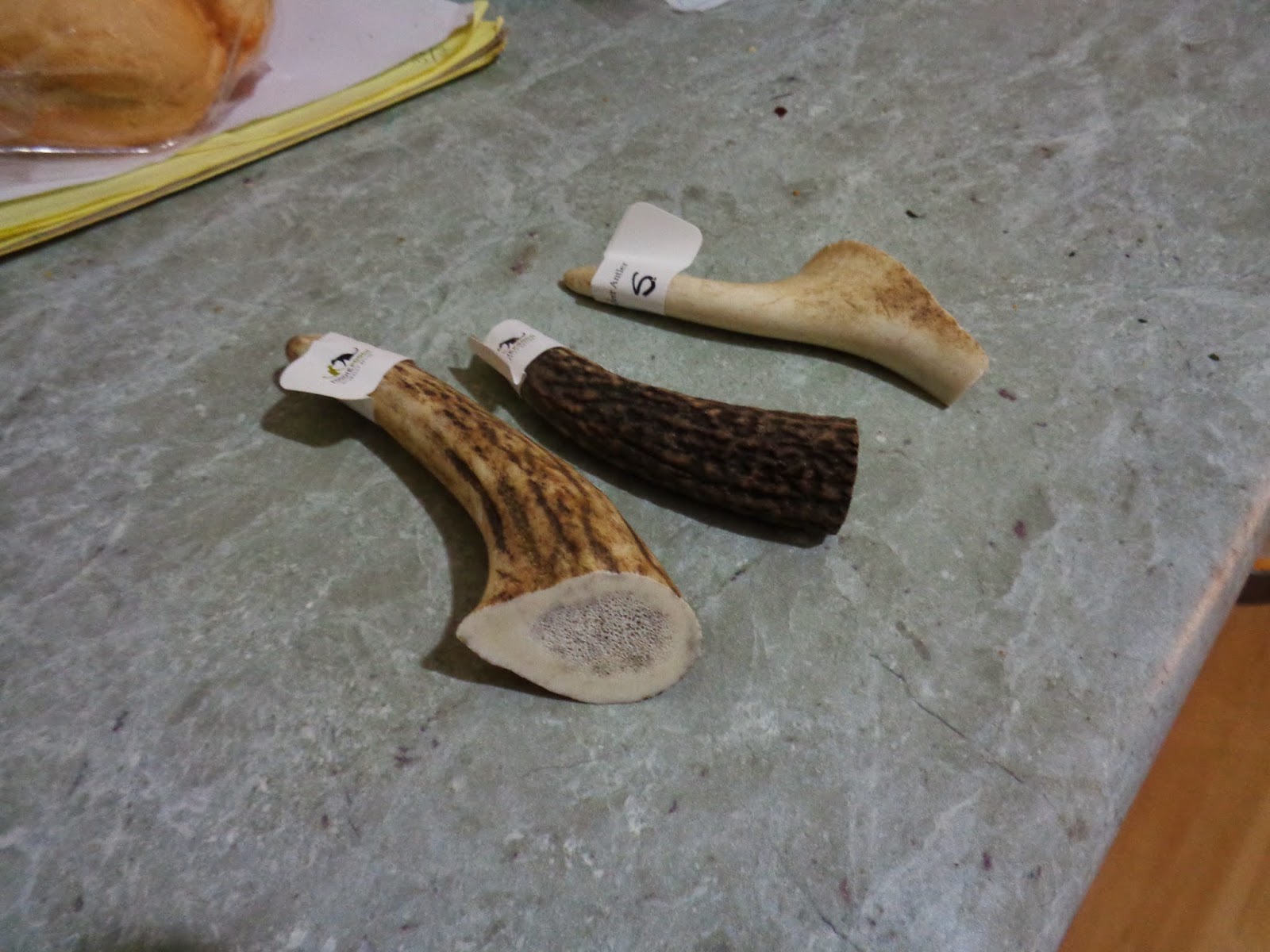 The antler place sent us an e-mail saying  they would have to get some more stock so the order would be late.

BUT when the antlers arrive there would be a surprise included. 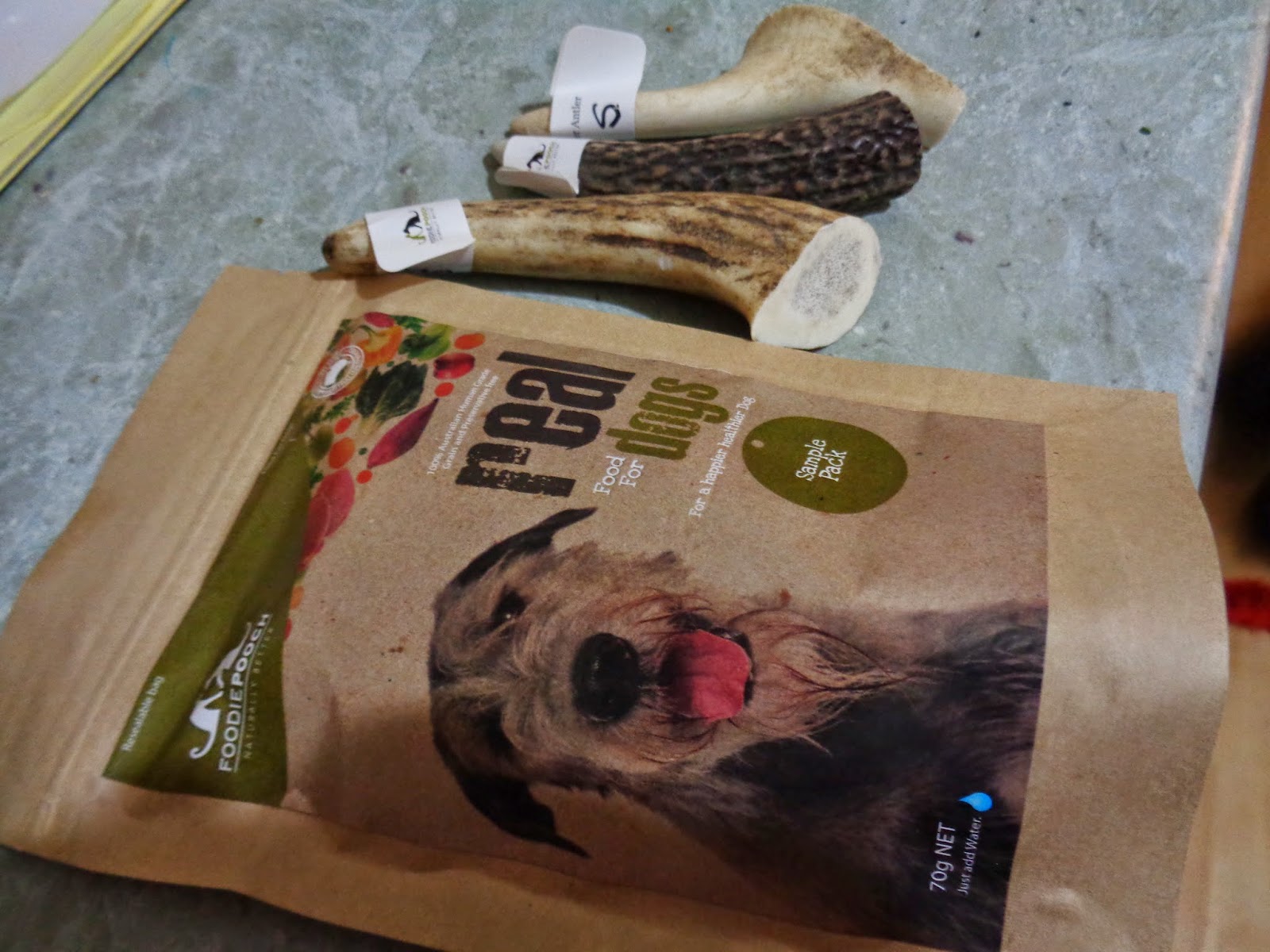 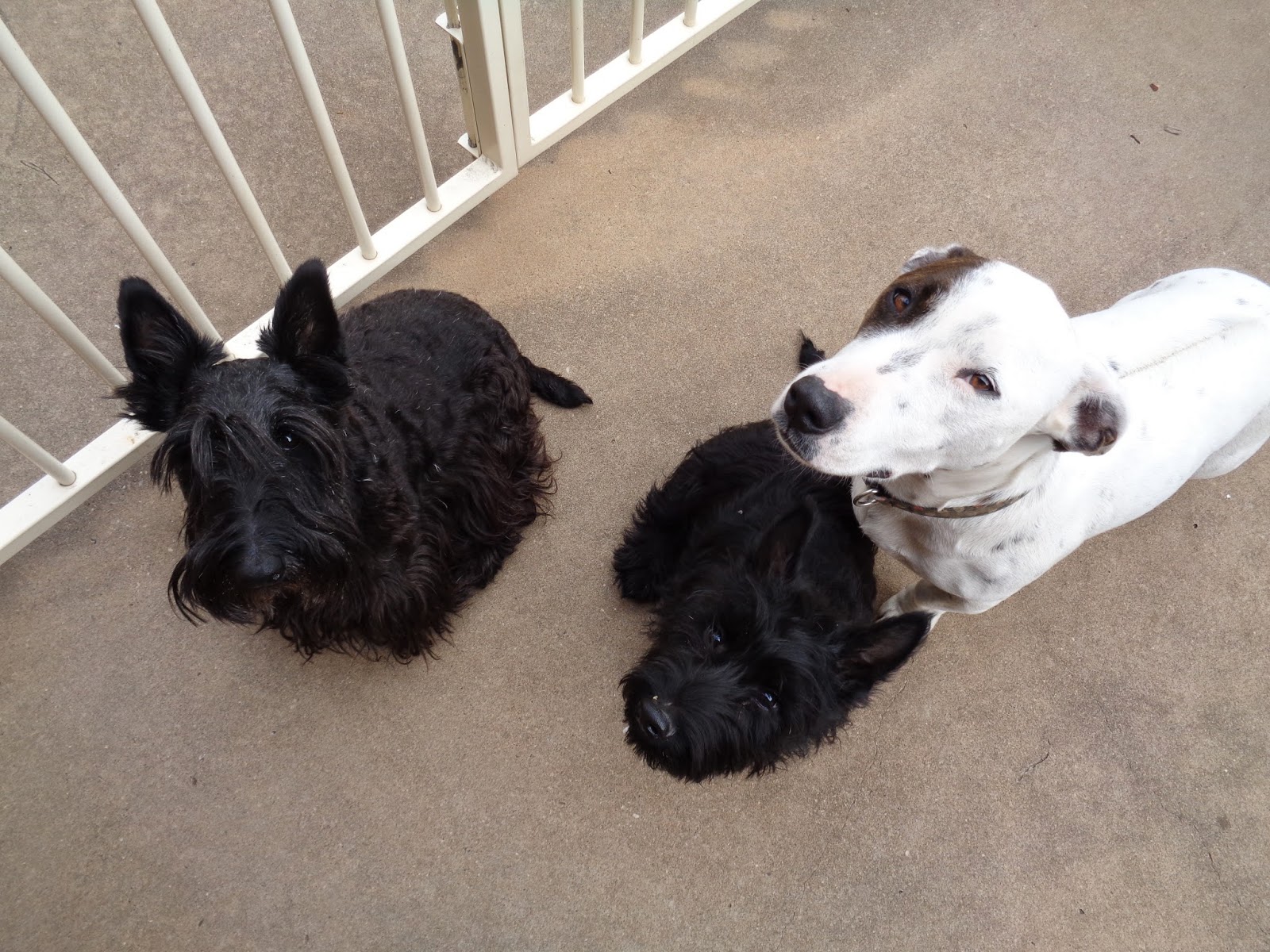 We give them the paws up!
We even cooperated for a photo to get some.
Posted by Bella Roxy & Macdui at 6:00 PM